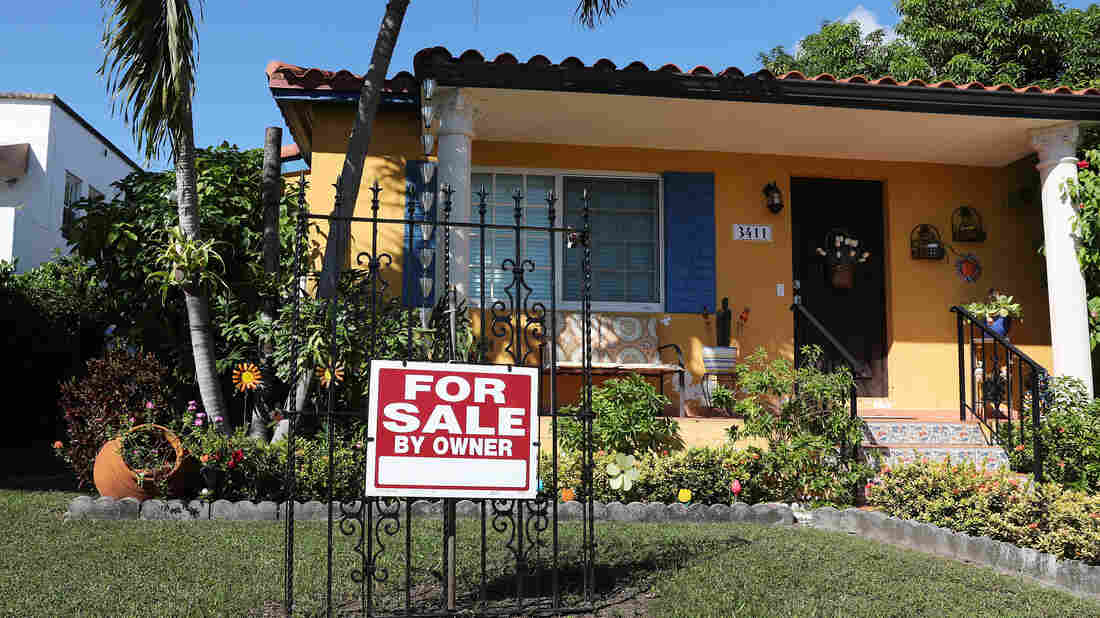 A sale sign is seen in front of a home in Miami. FHA loans are used by many minority, lower-income, and first-time homebuyers because the low down payments make homeownership more affordable. But this demographic is more likely to be hurt financially during the pandemic, and many FHA borrowers are skipping mortgage payments. 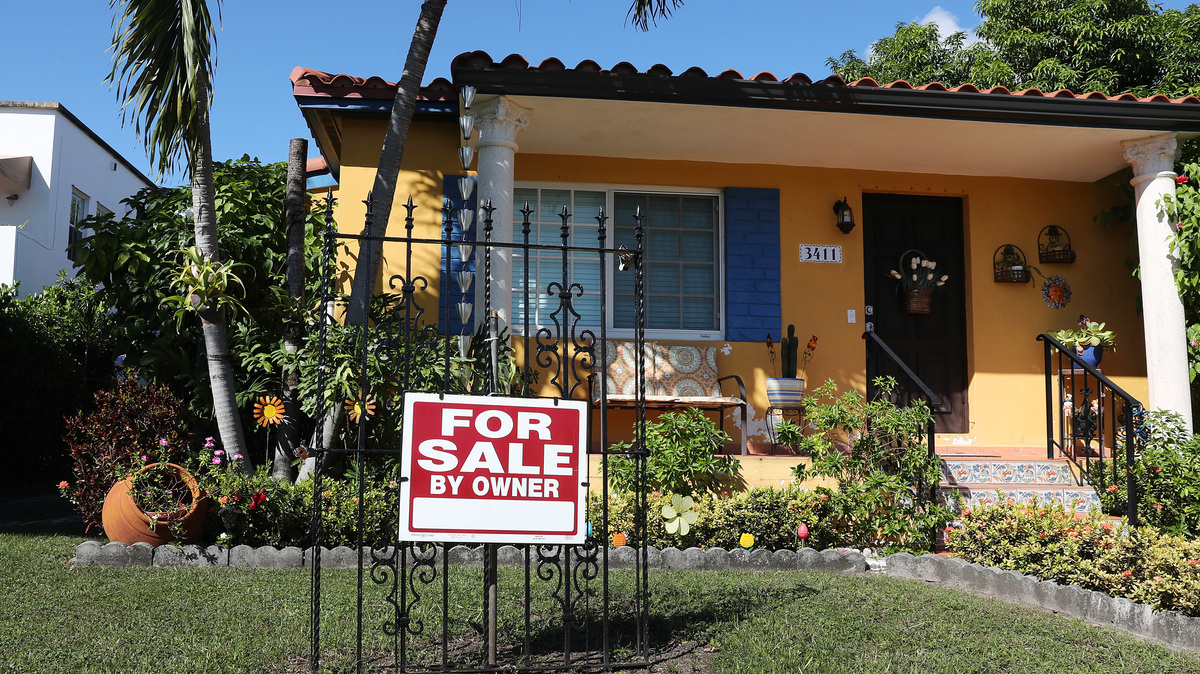 A sale sign is seen in front of a home in Miami. FHA loans are used by many minority, lower-income, and first-time homebuyers because the low down payments make homeownership more affordable. But this demographic is more likely to be hurt financially during the pandemic, and many FHA borrowers are skipping mortgage payments.

FHA mortgages require only a small down payment and are a path to homeownership for many lower-income, minority, and first-time homebuyers. But many are clearly in financial trouble.

The Mortgage Bankers Association says nearly 16% of Federal Housing Administration-insured loans are delinquent — the highest level in records going back to 1979.

But unlike the Great Recession after the housing crash a decade ago, this time the rising delinquencies do not mean a wave of foreclosures is about break across the country.

That’s because Congress, in the CARES Act, allowed homeowners to skip mortgage payments for up to a year if they’ve been hurt financially during the pandemic. And the Mortgage Bankers Association says the vast majority of these homeowners missing payments are in forbearance plans sanctioned by Congress and are therefore protected from foreclosure.

The homeowners are supposed to get affordable repayment plans from their mortgage companies when they get back on their feet, though there have been problems with homeowners getting inaccurate information about the terms of those repayment plans. Homeowners also need to talk to their lender and request to a forbearance plan due to financial hardship; they can’t just stop paying their mortgages.

Still, so many people not being able to pay their mortgages underscores the fact that millions of Americans are struggling financially — particularly in lower-income and minority households.

“The COVID-19 pandemic’s effects on some homeowners’ ability to make their mortgage payments could not be more apparent,” said Marina Walsh, the MBA’s vice president of Industry Analysis.

She said there are some encouraging signs that the jobs market is improving, with the unemployment rate falling for the third straight month from an April peak of 14.7% down to 10.2% in July. That could help many struggling homeowners.

But Walsh said that improvement is tempered by the ongoing uncertainty around the “ambiguous status of enhanced unemployment benefits and other stimulus measures, the recent surge in new COVID-19 cases, and the retrenchment from reopening in certain states.”

“There is no way to sugarcoat a 32.9% drop in GDP during the second quarter,” Walsh said. “Certain homeowners, particularly those with FHA loans, will continue to be impacted by this crisis, and delinquencies are likely to stay at elevated levels for the foreseeable future.”

Still, homeowners have considerable help from Congress — they can skip payments for a year and get an affordable repayment plan. People who rent their homes got nowhere near that level of protection.

A partial federal ban on renter evictions has expired. State and local eviction moratoriums are expiring too. And evictions are underway in Texas, Wisconsin, Georgia, South Dakota and other states.

Federal help might be coming. The U.S. House has passed a bill that would provide $100 billion to help renters stay in their homes.

“That legislation needs to move in the Senate immediately,” says Nikitra Bailey with the nonprofit Center for Responsible Lending. “All of our health and our safety is in jeopardy, right? The virus has not stopped.” Bailey says putting people out in the street in the middle of the ongoing pandemic just isn’t safe for them or the health of the public at large.

Many housing experts warn that the end of the extra $600 a week in federal unemployment money is likely to spark a wave of evictions that could put millions of people out of their homes.

But talks between lawmakers in the House and Senate on the next COVID-19 rescue package remain stalled.