Sports
September 5, 2020 0 Comments
Greg Harbut, 35, is one of the industry’s few African American owners. But Louisville activists say the celebratory nature of
America’s most famous horse race, set for Saturday, is inappropriate at a time when its hometown residents are reeling from Taylor’s death and calling for justice.
Louisville Metro Police Department officers fatally shot Taylor on March 13 while executing a
“no-knock” search warrant at her apartment. Gunfire broke out after her boyfriend
fired a warning shot because he thought the plainclothes officers were intruders. The 26-year-old EMT, who was unarmed, was killed in the barrage of gunfire.
Taylor’s case — along with other high-profile killings of Black people by police
— helped
spark nationwide protests over racial injustice this summer. Protesters want the officers involved in her death to be charged; an investigation is pending.
Meanwhile, activists who have organized protests in Louisville since Taylor’s death are calling for the Kentucky Derby to be canceled and for Harbut to boycott the race. Celebrities and
athletes across the US have already walked out of their own
events in solidarity with the
Black Lives Matter movement.

Harbut, who told CNN he was asked to sit out the race, said that while he supports the protesters’ cause, he cannot oblige their request.

“I stand with Black Lives Matter, and I stand for justice for Breonna Taylor,” he said. “But as an African American man involved in an industry that’s not very inclusive to people who look like me, there’s no way that I could sit out on one of the largest race days in the US and not bring awareness to the contributions that African Americans have given to horse racing.”

The Kentucky Derby, one of the three legs of the American Triple Crown, is set to be held at Churchill Downs in Louisville. Usually a crowded affair, this year’s race will be run
with no fans in the stands due to
the coronavirus pandemic.
The contest has never been postponed or canceled because of bad weather but was
delayed by weeks in 1945 because of World War II.

A founder of the Justice and Freedom Coalition, one of several organizations planning to protest the Kentucky Derby on Saturday, penned an open letter on July 15 calling for a boycott of the race to “put much-needed pressure on the state to not only complete a thorough investigation of Ms. Taylor’s case, but to send a clear message that we will not allow these injustices to continue.”

Churchill Downs
said in a statement Thursday that the race would be held as planned in the hopes that it could bring the community together. 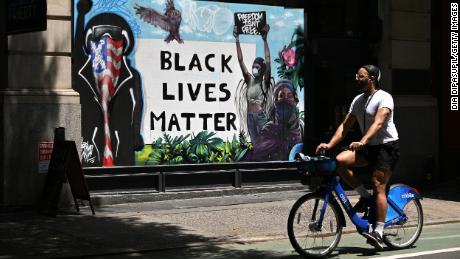 “We know there are some who disagree with our decision to run the Kentucky Derby this year,” racetrack officials’ statement asserts. “We respect that point of view but made our decision in the belief that traditions can remind us of what binds us together as Americans, even as we seek to acknowledge and repair the terrible pain that rends us apart.”

Pastor Timothy Findley, the coalition founder who signed the July letter, said protesters would meet Saturday at South Central Park, less than a mile from the track, a few hours before post time. Organizers expect at least 2,000 people to attend, he said.

Louisville Mayor Greg Fischer said the city supports the First Amendment rights of protesters but asked that they
remain peaceful and not block traffic.

“Racial justice is a goal we all support. And we support First Amendment rights,” Fischer said Wednesday. “We just have to balance the right to protest with our essential duty to preserve public safety.”

Police will cite or arrest anyone blocking traffic, creating dangerous roadway conditions or trespassing on private property against the wishes of the property owner, the city
advised Friday on its website. Anyone committing violence or vandalism will be arrested, it added.

Findley said protesters will aim to shift attention from the Kentucky Derby to Taylor’s case.

“Anyone who stands opposed to protesting and stands with Churchill Downs in this moment will be show in an unfavorable light when this becomes history,” he told CNN, speaking specifically of Harbut.

But for Harbut, it’s not that simple.

Strong ties to the world of horse racing

Harbut comes from a long line of horse racing legends who struggled for recognition in the sport due to the color of their skin.

His late grandfather, Tom Harbut, owned and bred a horse that ran in the 1962 Kentucky Derby, Greg Harbut said. But because he was African American, he was not allowed to attend the race or have his name listed on the program, he noted.

His great-grandfather, Will Harbut, cared for Man o’ War, an American thoroughbred considered one of the greatest racehorses of all time. 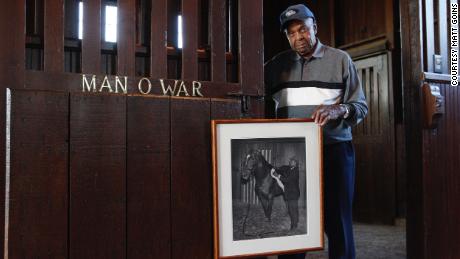 Given his family’s history in the sport, Greg
Harbut says boycotting the Kentucky Derby is simply not an option. Instead, he believes that his participation could
highlight African American contributions to the industry.

Harbut’s horse, Necker Island, is a viable contender, having never finished worse than fifth place in its 10-race career, according to
Kentucky Derby records. The chestnut colt is also the son of Kentucky Derby alumnus Hard Spun.

However Harbut’s horse finishes Saturday, he believes his own participation is a win for the African American community and hopes to use his position to bring others into the sport.

“We hope to strategically bring other African Americans into this industry and onto the national stage,” he said.