‘Stick him in midfield’: Arsenal fans laud manager Mikel Arteta after he displays fine touch on the sidelines during Community Shield victory over Liverpool at Wembley

By Spencer Morgan For Mailonline

Arsenal fans were full of praise for manager Mikel Arteta after he showed off some of his old skill during Saturday’s Community Shield showdown at Wembley.

The Gunners came out on top, beating Liverpool on penalties after Pierre-Emerick Aubameyang and Takumi Minamino made it 1-1 in normal time.

But head coach Arteta caught the eye with a fine touch on the sideline after he cushioned down Virgil van Dijk’s clearance – with a few Gunners fans joking that the Spaniard should start himself in midfield. 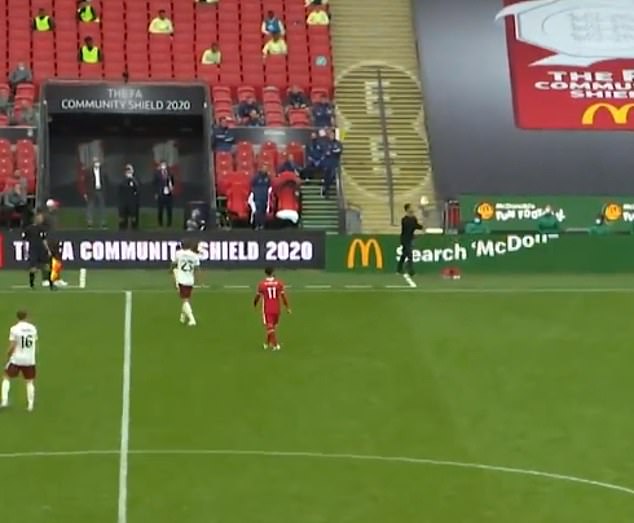 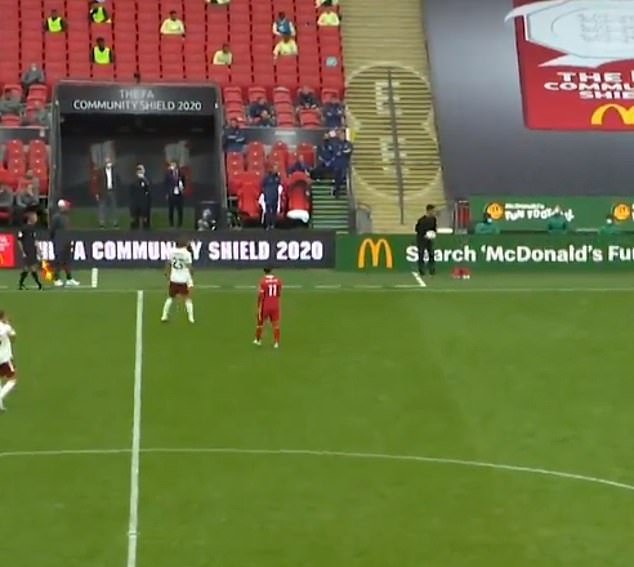 Arteta hasn’t played for four years but clearly still hasn’t lost his ability on the ball after effortlessly controlling the Dutchman’s skyward ball.

He didn’t even appear to be looking up at the ball as it was hooked up into the air, but still managed to pull off a sublime touch to flick it above his head before catching it.

Fans have been pining for the club to sign more players this summer, but have been left impressed by their gaffer’s ability and have now joked that they might not need a new midfielder after all. 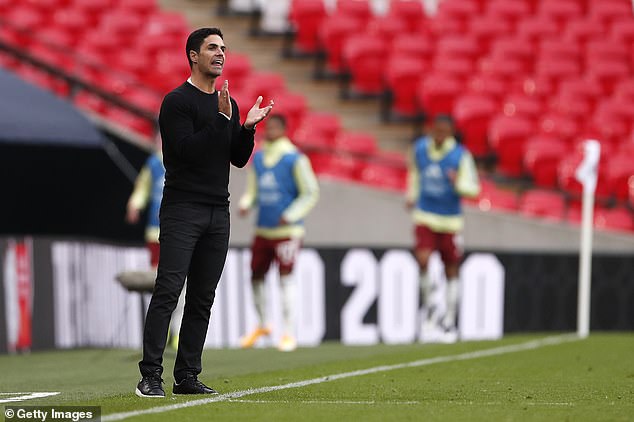 One demanded: ‘Stick him in midfield’, while another claimed he would be the team’s best midfielder if he was introduced into the first team.

And another claimed the club should consider turning him into a player-manager if the board are unable to bolster the middle of the park.

Arsenal have announced three major signings for the upcoming 2020-21 season – Pablo Mari and Cedric Soares – both on a permanent deals after spending the last campaign on loan, and Willian on a free transfer from Chelsea.

The club are also close to clinching a £27m transfer for Gabriel Magalhaes from Lille after both clubs held advanced talks.