By Kathryn Batte For Mailonline

Manager David Moyes and players Josh Cullen and Issa Diop were forced to miss the game on Tuesday night after being told they had tested positive ahead of the match at the London Stadium.

Arsenal faced the Hammers on Saturday but, according to The Athletic, the club have continued testing as normal, holding a round of checks on Monday — with the results all coming back negative on Tuesday. 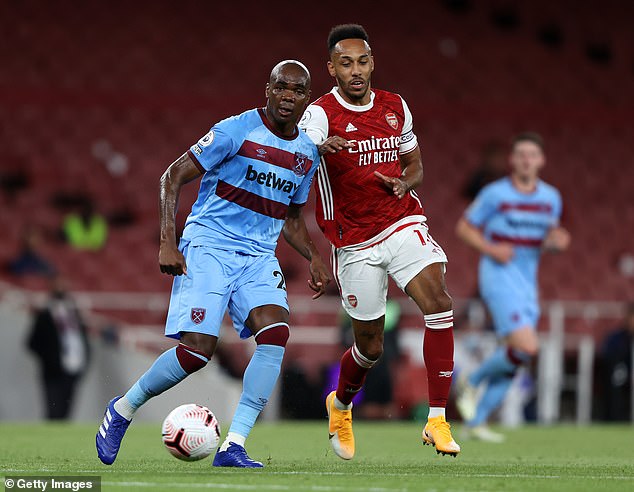 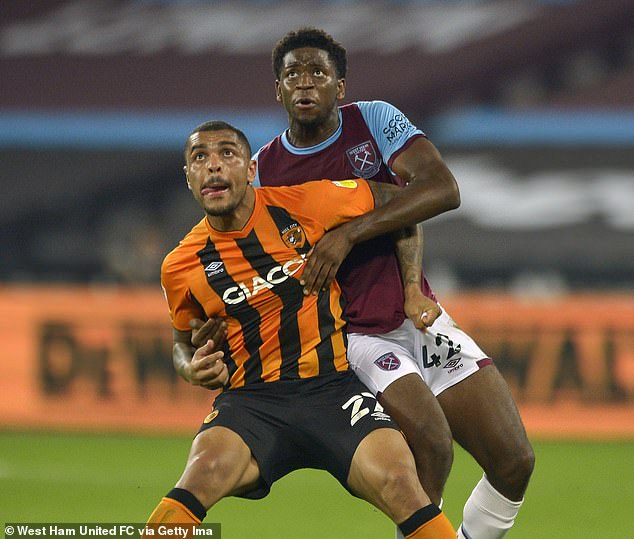 Diop played 90 minutes against the Gunners while Cullen was not part of the travelling squad. The Gunners face Leicester in their third-round tie on Wednesday with the game scheduled to go ahead as normal.

Cullen and Diop had been named in West Ham’s the starting XI but were withdrawn after the club found out at 6.20pm that the two players had tested positive along with their manager and the trio left the stadium immediately.

Alan Irvine stepped in to guide the side to a 5-1 victory thanks to goals from Robert Snodgrass, Sebastien Haller and Andriy Yarmolenko 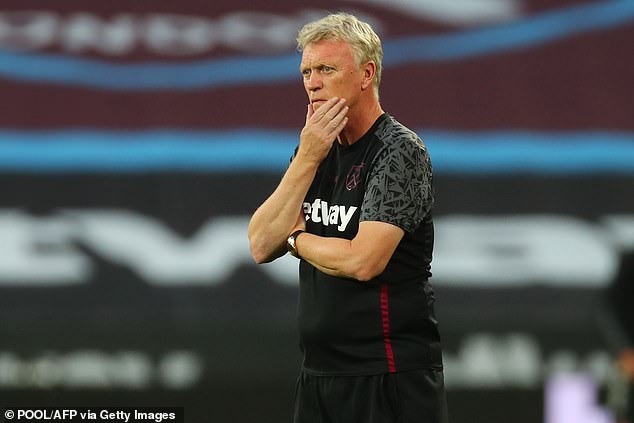 The assistant manager said: ‘At 6.20pm we suddenly got some info. Immediately at that point you’re thinking we’ve got a game in an hour and 10 minutes so we had to focus on that, and that’s what we did.

‘We had to pick a different team. I had a chat with the players, explained the situation and then we got on with the game. There was contact in so far as we were in the same area as David. We’d been at the stadium, as we usually get there one hour and 45 to two hours before, so we had been around.

‘We were shocked by the news because we have had so many tests and not had any positive. We do know that the tests are not completely accurate so we will wait and see what happens.’

The EFL confirmed to Sportsmail that the decision to go ahead was made by the two clubs’ medical departments in consultation with two off-site EFL doctors, and that protocols had been followed. They also pointed to evidence that the risk of transmission between players outdoor is low.