Luka Doncic probably had the worst game in his entire career. His side lost 111-154 to the Clippers in a 43-point deficit. He could contribute just 22 points, 8 rebs, and 4 assists in his 31 minutes of play. Now those figures are not bad, but they absolutely are not up to the mark given his reputation.

The Slovenian got his left ankle injured in game 3, which the Mavs lost 122-130. He was a ‘game-time decision’ but played both game 4 as well as 5. Although, his counterpart Kristaps Porzingis missed both the games and it had a visible impact on the Mavs’ offense. 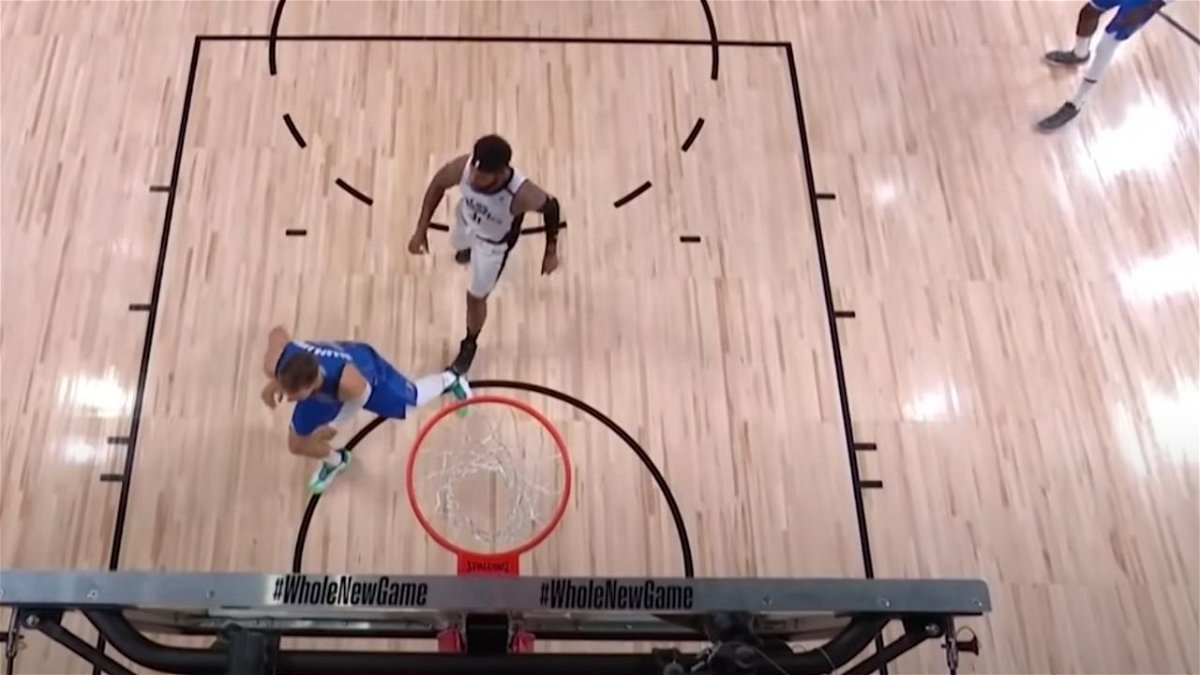 However, something else caught our eyes when Luka’s ankle again came into the picture.

Luka Doncic and his problems with the ankle continue…

But this time around, his ankle became the victim of a possible error of judgment from a Clippers player. Forward Marcus Morris stepped over Luka’s left ankle and pulled out his shoe. It all happened too quickly with the wrong anticipation from Marcus almost giving Luka another scare. The clip of this incident is circulating all over the internet with fans giving their opinions whether it was intentional.

Luka Doncic appeared in a post-game media conference where he reacted to this event. He had his eyebrows raised as he told the reporters, “I mean, I’m sitting here, of course. I had my own thoughts. I just hope it wasn’t intentional. Tell me what you think.” Fans viewed the clip from all the angles and in slow-motion to figure out the intention of Marcus. They went bonkers and criticized Morris for the err.

When asked whether he received an explanation, Luka responded saying, “No, I don’t want to talk to him. He is just saying a lot of bad stuff to me all the game. And I just don’t wanna talk to him and I just got to move on. Like I said everybody’s gonna have their own opinion. I just hope it wasn’t intentional coz if it was intentional, that’s really bad.”

Fortunately for the Mavs, Luka did not get injured and remained on the court. But his presence was far from enough to bring the Mavs back in the game. The third was the only quarter when they first trailed but later matched the Clippers.

Clippers and Mavericks had a pretty rough game!

For many folks, this game gave them the memory of the 90s when the NBA used to feature more furious and physical games. We also saw how Tim Hardaway Jr. accidentally hit Paul George in his face when he was trying to block PG inside the paint. At one point, Luka came to talk to the assistant GM for a chat about the game referees. Adding fuel to the fire, they ejected even the head coach Rick Carlisle in the third quarter after two technical fouls.

Disgusted @luka7doncic came over to assistant GM for a little chat about the referees — and maybe to cool off a bit. pic.twitter.com/4sUamY36wx

The profanity could be felt during the match, as both sides were playing aggressive Basketball. Earlier, we had seen Montrezl Harrell picking banter against Luka. The rivalry between the two teams is growing and we expect a live-wire game 6 in the NBA Playoffs 2020.

All work and no play makes Jack a dull boy. I intend to make popularise my quote when I say sports define me better than I define sports. See ya’all Champs!