Ex-NBA star Jalen Rose didn’t get “canceled” on ESPN on Wednesday night — but he did appear to get his comments cut short.

Rose, 47, who played for six teams from 1994-2007 before becoming an analyst for ESPN, used the network’s Game 4 broadcast of the Eastern Conference finals to issue his stance on the recent Breonna Taylor decision.

He began by providing some commentary on the performance of Miami Heat guard Tyler Herro during the game against the Boston Celtics before calling for the arrest of three police officers linked to March fatal shooting.

“He been putting in work … young fella, but it would also be a great day, to arrest the cops that murdered Breonna Taylor!” Rose shouted before the network quickly cut to a commercial.

Earlier Wednesday, a Kentucky grand jury indicted one of three police officers involved in the Louisville, Ky., drug operation that led to the death of Taylor. The jury did not, however, charge any other officers in the case.

Officer Brett Hankison, who was fired in June, was indicted on three counts of wanton endangerment in the first degree. A warrant was issued for his arrest and he was booked and released on $15,000 bail, according to reports.

The decision prompted thousands of people to protest in more than a dozen cities across the U.S. on Wednesday night. At least two police officers were shot in Louisville amid the demonstrations in the city.

During a pregame show before Wednesday’s game, Rose, a member of the University of Michigan’s Fab Five during the early 1990s, talked about how Black people were hurting and that players in the NBA — a predominantly African-American league — were “performing with heavy hearts.”

Rose also warned that he might possibly say something during the broadcast that could put his job in jeopardy.

LEBRON JAMES ON BREONNA TAYLOR CASE: ‘THE MOST DISRESPECTED PERSON ON EARTH IS THE BLACK WOMAN!’

“I can’t lie to ya’ll. I was looking in my closet like I’m gonna wear something fresh today, because if I say something to get me fired then I was crisp,” he said during the pregame show.

“While [NBA players] are out there performing with heavy hearts trying to win a championship, I understand that this is really painful to show up to work and still try to entertain,” he continued.

Rose would also use an analogy involving slavery and football to describe what he said was the situation facing Black people in America. 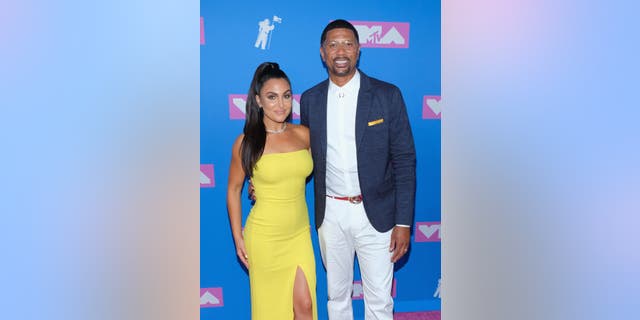 “We’re starting the game … it’s 400 years of slavery to zero. We know we not gon’ win, but you still got to continue to move the ball forward and put people behind you in a position to be successful,” he added.

CLICK HERE TO GET MORE SPORTS COVERAGE ON FOXNEWS.COM