The Kentucky Derby will run Saturday after having been delayed for months due to the coronavirus pandemic.

Tiz the Law is the favorite to win the 146th running of the Derby. He drew the No. 17 post at the event and will look to become the first horse to ever win from the post.

“Well, I like it being on the outside,” said Barclay Tagg, Tiz the Law’s trainer. “I didn’t particularly want to be out that far, but it’s what we have. He seems to handle everything that gets thrown at him, so we have to leave it up to him.”

Tiz the Law was the winner of the Belmont Stakes, which fell a bit under the radar this year because of the pandemic.  According to Horse Betting, Tiz the Law is 3-5 favorite to win the race.

One of the stranger things to happen at the Derby will be the absence of fans. The Derby had originally planned a limited attendance at Churchill Downs but reneged on the idea days before the gates dropped.

Kentucky Gov. Andy Beshear won’t be at the winners’ circle, either. He said Tuesday he will watch the race from home like everyone else. He said he will have a taped message as part of the trophy presentation.

Here’s what else you need to know about the Derby: 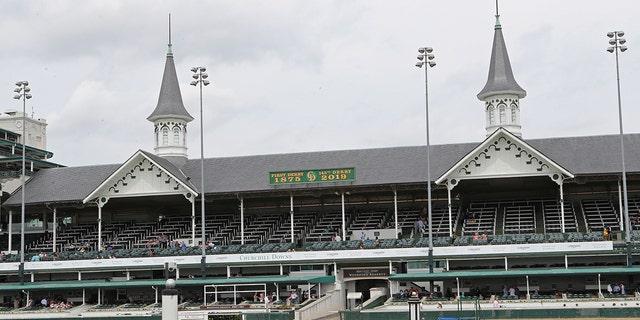 LINEUP AND ODDS TO WIN 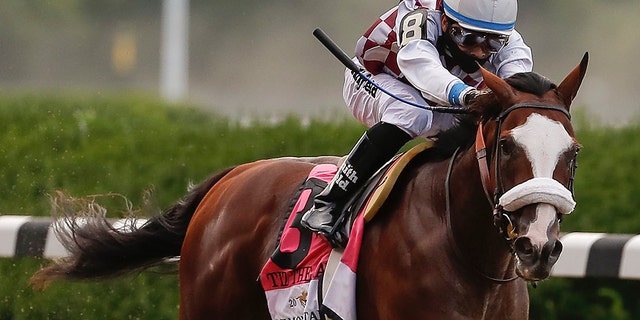 Tiz the Law is the favorite to win the Derby. (AP Photo/Seth Wenig, File)

The Associated Press contributed to this report.