Mike Clevinger captured it perfectly in his first news conference as a member of the San Diego Padres.

“It’s the most exciting team in baseball right now,” he said. “It’s kind of the place to be right now.”

Clevinger was one of 26 players — including players to be named later — that Padres general manager A.J. Preller either sent out or brought in during a dizzying 48 hours leading up to baseball’s trade deadline. But to say Preller went all-in on 2020 might be a misrepresentation. After the dust settled, FanGraphs still had the Padres’ farm system ranked as the second best in the industry and ZiPS was projecting them to field the National League’s second-best roster in 2021.

In other words, the Padres should be good and exciting for a while.

This, it seems, is only the beginning.

• Trade tracker: Recap of all the moves »
• What the trades mean for October »
• Do Padres’ deals get them to Series? »
• Clevinger to SD » | Fantasy impact »

In the center of it, in case you hadn’t noticed, has been Manny Machado. You remember him, right? The Padres made him the richest man in franchise history, signing him to a 10-year, $300 million contract that nobody — Machado included — saw coming. Since then, Fernando Tatis Jr. blew up, Machado was just OK and it seemed as if the baseball-loving populace moved on from him. But Machado, still only 28, is producing at an MVP level again, batting .306/.377/.599 with 11 home runs and eight doubles for a Padres team that boasts a 23-15 record and the third-best run differential.

After being vilified down the stretch in 2018 and fading into the background for most of 2019, Machado seems to be enjoying himself again on a young, exhilarating team poised to reach the postseason for the first time in 14 years. Before an 11-4 drubbing of the Los Angeles Angels on Wednesday night, he spoke with ESPN about this moment in time. (This conversation was edited for brevity and clarity.)

So what’s it been like for you to be in the middle of all this?

It’s been fun, dude. We have such a great group of guys that love to play baseball, and when you have guys like that, I mean, it just makes baseball fun. Going to the ballpark every day, people are excited. And obviously it sucks that we don’t have fans in the stands, but we have a lot of media telling us what’s going on with social media, people cheering us on. We’re bringing so much joy to this game every single night that every time we step on that field, we just wanna go out there and have a good time no matter if we’re losing or we’re winning. We just wanna go out there and just play baseball and give fans something to cheer for. It’s been fun, man. It’s been a fun ride. We’re lucky that we have such a great group of guys here.

This is the most fun you’ve had playing baseball since …

How much do you credit that — finding joy, having fun at your job — to how you’ve performed so far?

How elusive was that perspective for you over these last couple of years? I mean, you were this hired gun in L.A. who was expected to propel the Dodgers to a championship, then you sign this massive contract to be the face of a new team. How did you experience that? Was it noticeably different from the way you’re experiencing baseball now?

Yeah, obviously you put a little pressure on yourself. Naturally. Guys when they say, “I don’t think about it,” I think it’s false. We all think about it. We care. I care. I care about my numbers. I care if I suck. I care when I do well. We all want to do well at the end of the day. You naturally put a little bit of pressure on yourself, trying to over-do, trying to have that big swing every single day. At the end of the day, I think you just have to tone it down. 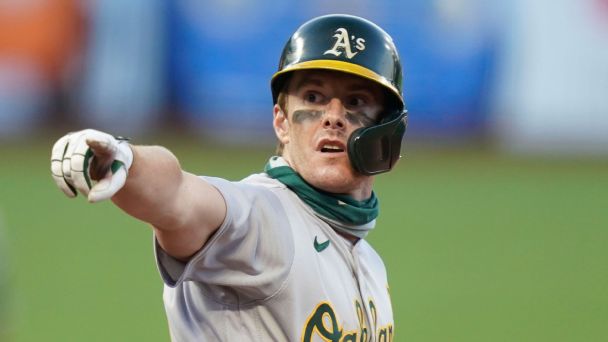 That mindset, of not putting added pressure on yourself, how easy or difficult was it for you to find that while going through it?

It takes a little bit. There’s a lot to it. Signing late, not having spring training, not knowing where you’re going. You’re going across the country. There’s a lot of factors that go into it. There’s no excuse for not performing like I did last year, or not performing at the level that I have. I hit .260 with 30 homers and, I don’t know, 90 RBIs or something like that. (Machado hit .256 with 32 home runs and 85 RBIs.) It’s not like I didn’t perform; I just didn’t perform at the level I have before.

How much satisfaction do you take in proving you can still be this star-caliber player? 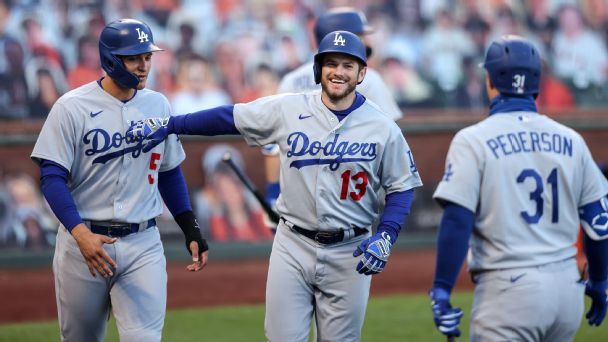 Can anyone stop the Dodgers? Will Fernando Tatis Jr. and Shane Bieber win MVP? Our experts weigh in.
September predictions »

How much of 21-year-old Manny do you see in Tatis?

I wish I had his speed, I’ll tell you that. I’d be a little different player. He’s remarkable, man. He has a ton of energy like I did when I was that age. Just seeing him grow as a player — he’s growing fast. I think that’s what people don’t realize is how young he was last year. And he’s only 21 years old. When I was 21, I was the same way — I was a lot of high energy like that, doing a lot of crazy things. I had mentors like J.J. Hardy next to me that I could lean on and see how he plays the game the right way, and he’s doing the same thing. He’s looking over at me, how I play it.

How he’s able to control the game and stay under control with himself — I think that’s been the biggest thing with him is just how he’s staying in the zone, staying locked in every single pitch of every single at-bat. The talent’s there; everybody knows what he can do on the field. But the biggest thing is just how he’s staying engaged at all times, focused, and he can just slow it down with the best of them. That’s been impressive to watch, that’s been impressive to be a part of — to see him grow as a player, to see him learn, see him continue to develop. He’s got a very bright future, everybody knows that, and it’s been really fun to watch.

When the Padres signed you, they were admittedly a little ahead of their trajectory. They still felt as if they were another year or two from legitimate contention, but they justified it because you were young for a free agent and would theoretically still be in your prime when they got really good. Are you surprised it turned this quickly? 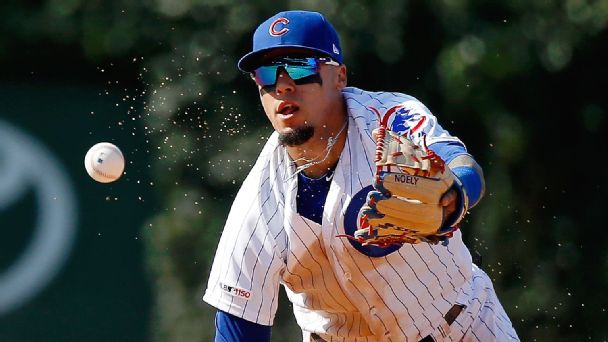 No, I knew it from the get-go. I knew that they had talent to begin with. Obviously they signed [Eric] Hosmer before me, they’d made some other moves before signing me. Obviously I was the splash, but I knew what they had. I knew the talent from day one when I stepped in, what we had down there, and I knew how these guys were gonna be impactful in our organization, in our big league team, and they’ve done it. We have a bunch of gamers here, who they go out there and compete and they do what they need to do to be the best possible players out there. It’s been incredible to see what they’ve been doing and how they’ve done it. And they continue to do it. And we still have some of our guys that are gonna come up and contribute in the years to come.

How did you experience these last few days when it felt like A.J. Preller made 48 trades?

Aw, man, I’ve never seen nothing like that. I’ve never been part of that, honestly. I was the first one to know in Baltimore before everything else trickled down like that.

Here it happened too fast.

It was quick. It was very fast. But they made the right moves. We didn’t give up any of our big guys. We just got a lot better.

So do you think you guys can overtake that division? You know how good the Dodgers are. You were there.

We know. A hundred percent. We know. We know that they’re a great ballclub. And it’s their reign. And it’s their division, honestly. But we’re comin’. We’re definitely comin’. And we know we can, and we know we have the confidence in every single player that we have in this ballclub to take it over.