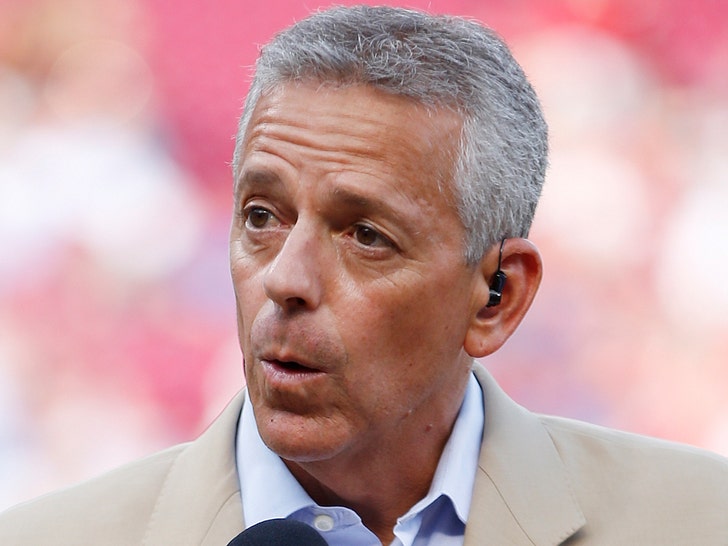 9:20 PM PT — The Reds have just suspended Thom Brennaman, the team announced in a statement addressing the offensive slur.

“The Cincinnati Reds organization is devastated by the horrific, homophobic remark made this evening by Thom Brennaman. He was pulled off the air, and effective immediately was suspended from doing Reds broadcasts.”

“We will be addressing our broadcasting team in the coming days.”

6:32 PM PT — Brennaman just apologized for his language on-air while calling a home run at the same time.

During his apology, Brenneman acknowledged he’ll probably be fired for the incident — saying, “I don’t know if I’m gonna be putting on this headset again.”

Cincinnati Reds announcer Thom Brennaman uttered an offensive, homophobic slur while calling the Reds game Wednesday … apparently not realizing his microphone was on.

Brennaman — who was announcing a doubleheader against the Kansas City Royals — was heard referring to a city as “one of the f** capitals of the world.”

Longtime Cincinnati Reds announcer Thom Brennaman was caught on a hot mic saying “one of the fag capitals of the world.” He is currently announcing the second game of the Reds’ doubleheader against Kansas City. pic.twitter.com/Uwz07eRIKv

Seconds later he snapped back into announcer mode and read a promo for the Reds Live Pregame Show … as if nothing had happened.

But, viewers were SHOCKED … and the clip went viral on social media in a matter of minutes.

56-year-old Brennaman has been calling MLB games since the ’90s and has been the featured play-by-play broadcaster for major events like the BCS National Championship Game, the 2007 Fiesta Bowl, the 2008 Sugar Bowl … even the 2011 Pro Bowl.